The EV revolution is here but how will we power it?

To truly decarbonize cars and trucks, their power sources must also be decarbonized, including solar

GM’s recent announcement that they will transition to producing only electric vehicles by 2035 reflects a broad change currently sweeping through the transportation sector. In addition to GM’s ambitious plans here are a few data points as the industry looks towards a zero-emissions future:

These major changes evoke the realization that the future of hydrocarbons will look very different than the past. Shell has already declared that the peak of its global oil production has passed. It is also a given that transportation related greenhouse gas emissions must be dramatically reduced to address global climate change. The transportation sector accounts for a whopping 16% of global greenhouse gas pollution. A transition to EVs is a crucial element of doing so. This is where renewable energy, and in particular solar energy, plays an important role.

Renewables like solar have the ability to provide the low or no GHG-emitting energy required to decarbonize transport through EVs. However, not all solar is created equal, and if we are to truly realize the goal of decarbonizing cars and trucks, we need to make sure that the renewable energy that powers EV is itself low carbon.

You see, we have a stark choice regarding solar energy. Solar has grown dramatically during the last decade, much of the growth in solar manufacturing has occurred in regions where coal power dominates, and solar manufacturing in those regions consumes large amounts of coal-fired electricity. This means that many of the solar modules being sold today have surprisingly high levels of embodied carbon emissions, as one might anticipate from coal-fired solar. This is why countries like France and Korea have implemented programs to deploy lower embodied carbon modules in their publicly funded solar projects. It is also why the members of the Ultra Low-Carbon Solar Alliance, comprised of manufacturers across the solar value chain, are decarbonizing their operations and drawing power from much cleaner grids to make ultra-low carbon solar. In fact, solar modules arising from these decarbonized supply chains have about one-half the embodied carbon emissions of coal-fired solar. This is what clean energy is supposed to be. 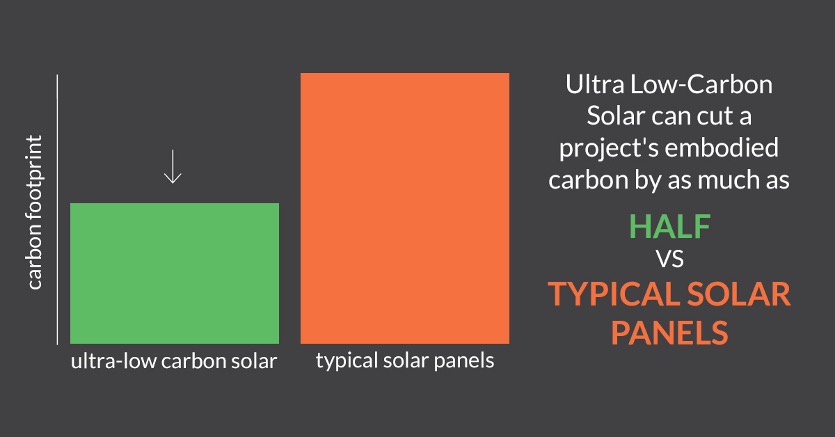 The use of these coal-fired solar modules to power EVs would undercut the benefits of using electricity in transport. If the projected dramatic growth in solar module manufacturing follows the trajectory of recent years, the majority of that will occur in regions powered by coal. That cannot be our future; EVs powered by coal are obviously not the way to decarbonize transport. We need to make sure that the solar we deploy to support clean transportation is itself clean; we need to make Ultra Low-Carbon Solar the global standard for clean energy.